UMMC won the second game in the final series 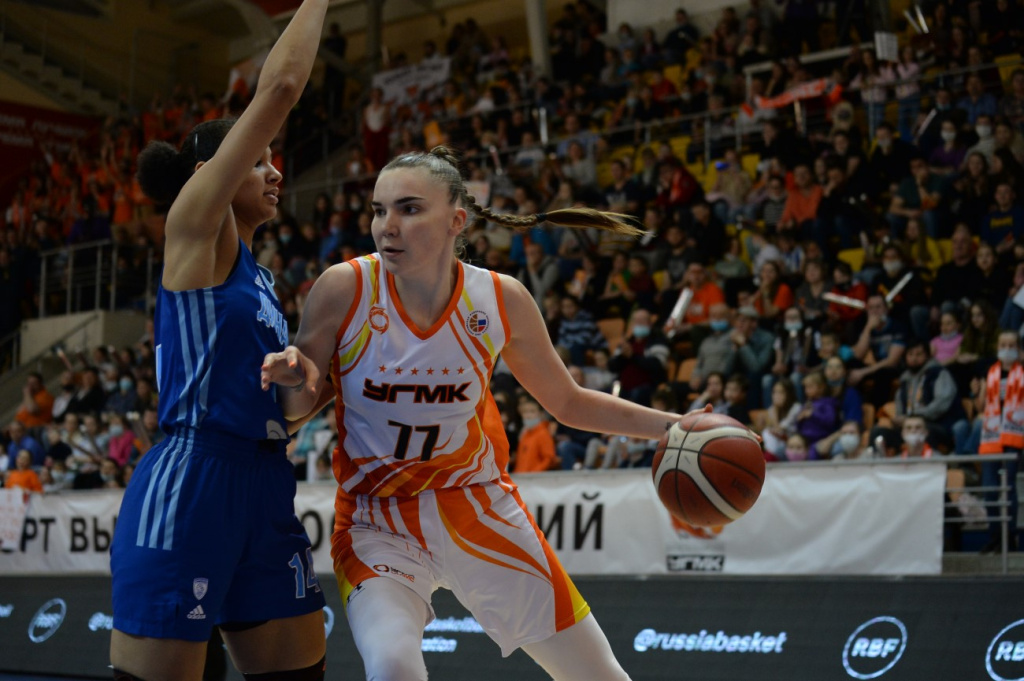 Three of four quarters of the final game were a tenacious duel. UMMC seize the initiative from the very tip-off, but the leader changed seven times during the first half of the game only. The half-time break the teams met with minimum advantage of the host team – 40:38.

The third quarter was decisive since the UMMC managed to take full control over all aspects of the game. The Foxes loaded their centers to the limit, arranged fast breaks and aggressively backed up each other in the paint. In the middle of the third quarter Dmitry Donskov’s team got the maximum lead of 16 points with the score 57:41. Only in the final minutes of the game the hosts slightly relieved the pressure on the opponent, but it didn’t stop them from winning the second final game with the score 71:63.

- Tonight we played way better, we found our game. We acted as a team in defense and won rebounds. We were ready to play in close contact and were successful playing one on one.

- Everyone knew that there was no room for error. In case of failure we would have to go to Kursk with score 0:2 and that would be very difficult to play there. Now we equalized our chances, and the girls found some confidence. We have a limited number of players, but the level of the skill level they show on the court lets them both play defensively and make right decisions playing offensively. I'm thankful to the players that they learned the lesson of the last game and followed our game plan precisely tonight. I'm glad especially that we pressed quite aggressively in the lane against big players that resulted in the totally different game.

UMMC levelled the score of the final best-of-five series to 1:1. The series leaves to Kursk where on April 26th and April 28th the third and the forth games of the finals will take place. If the fifth game is necessary to find out the best team it will take place on May 2nd in the UMMC Sports Palace.