"Foxes" lost in the first match of the Final series

Tonight on the main court of the UMMC Sport Palace the Paribet Russian Championship - Premier League’s final series has started, and the first game of the best of five series ended with the guest team victory. 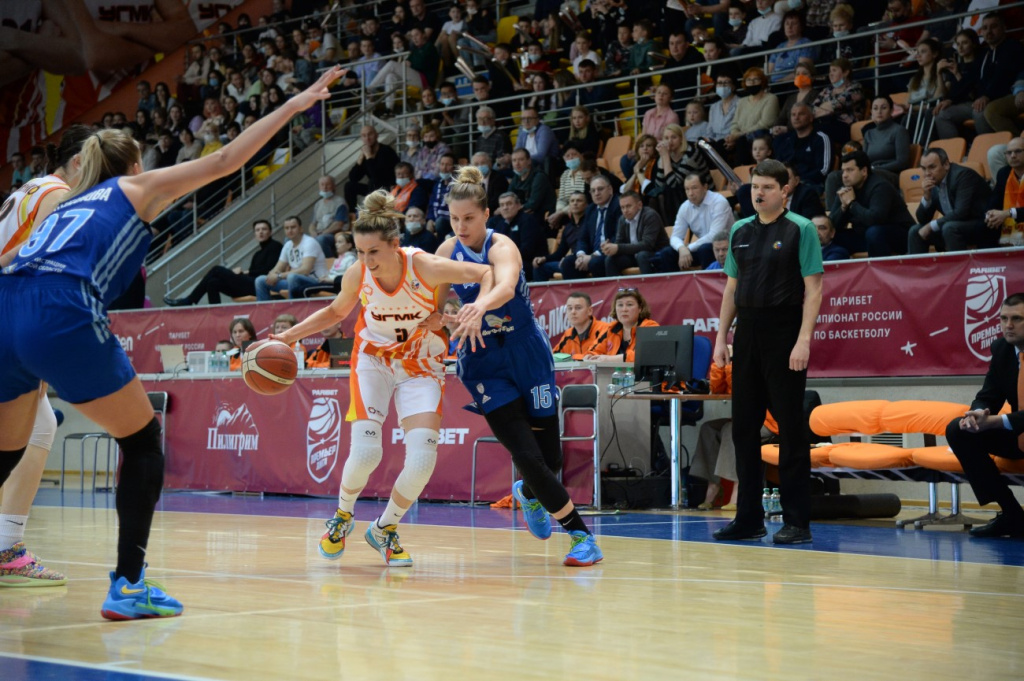 The first quarter of the first game in the series was decisive as the Foxes couldn't find their game and let the opponent team create a big gap.

In the second quarter the reigning champions looked more competitive and won the third quarter. But these quarters could nor change the balance of power on the court and the bench players had to finish the game.

The most valuable player of our team was Maria Vadeeva, who scored 15 points, grabbed 8 rebounds and made 3 block-shots.

Eva Lisek from the guest team logged double-double of 24 points and 11 rebounds.

Unfortunately, the first game of the final series turned out to be complete failure for us. We couldn't resist very active Kursk defence at all. 24 turnovers, 1 out of 14 three-pointers and offensive rebounds proved that. We didn't do hard work. We will learn the lesson and do our best to correct all the mistakes by the next game.

The first game is already water under the bridge. The final series goes on till one team wins three games out of five. The opponent teams face each other again on April 22 on the court of UMMC Sport Palace. The game starts at 19.00.