On Saturday, the current Russian and EuroLeague titleholder went on a long journey. Foxes are about to have 4 away on the road games in 12 days. Moscow was the first stop on the trip list. Miguel Mendez’s team came to Moscow in order to take down local MBA on their home arena. 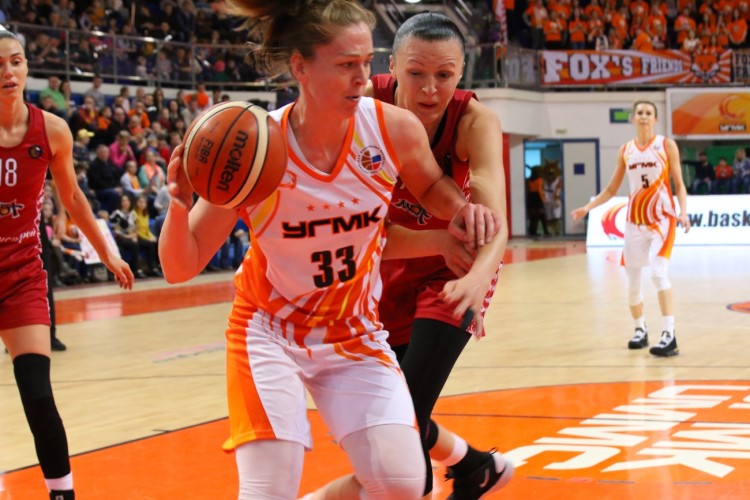 WNBA Finalist Jonquel Jones joined the UMMC in Ekaterinburg before the team left its hometown. The coaches welcomed the new player and put her on the game list to compete against MBA.

The integration of the new player into the UMMC tactical schemes and game plans went on fast and smooth. Jonquel not only fit in great, but also collected her first double-double of 11 points and 11 rebounds.

Anastasia Logunova did the job for MBA with 18 points.

An acting Champion is having the next match of the Premier-league regular championship on November 3 in Vidnoje against local Sparta&K. Meanwhile on October 30 the Foxes are going to have the third EuroLeague group round match in Venice against local Umana Reyer Venezia.